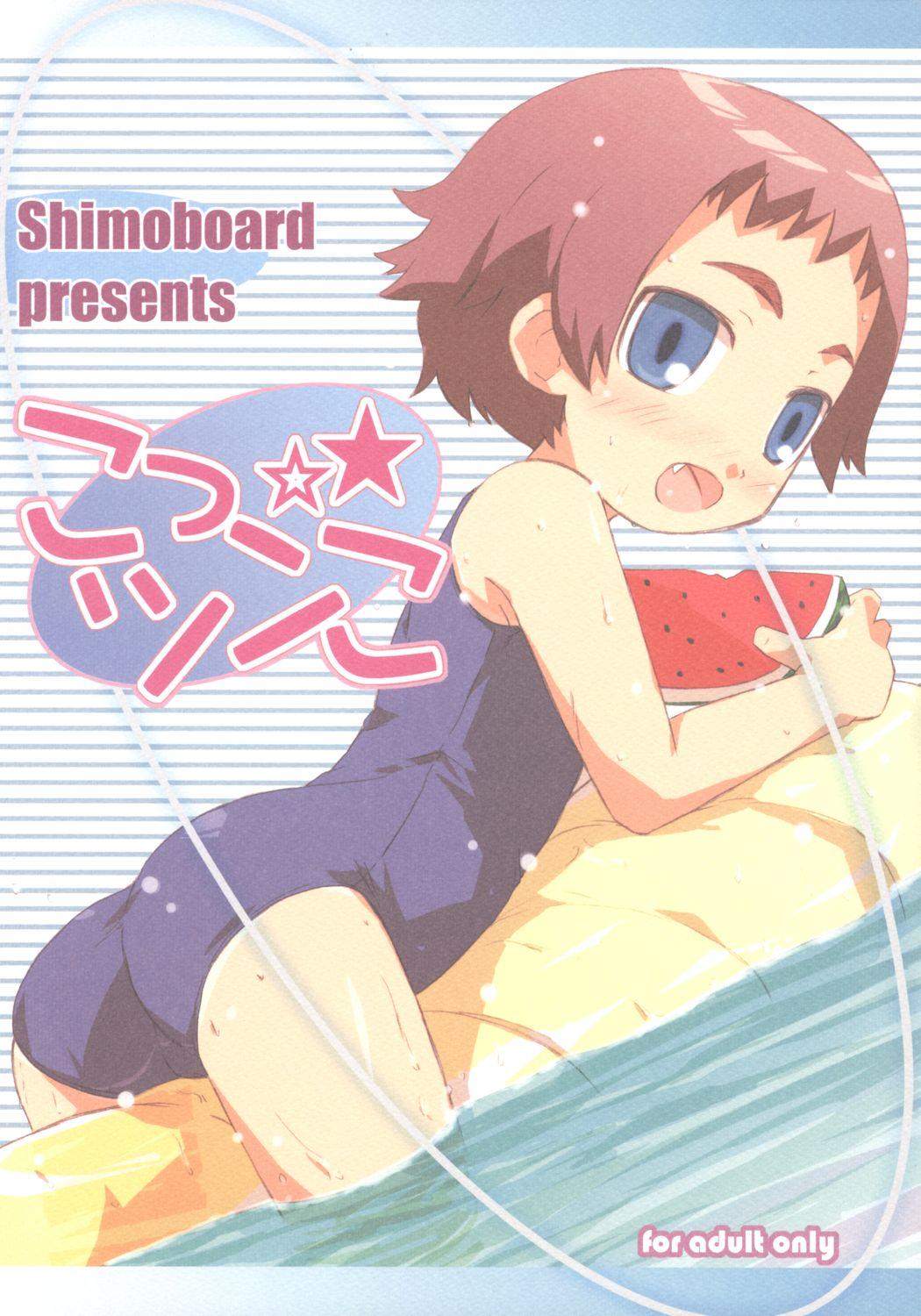 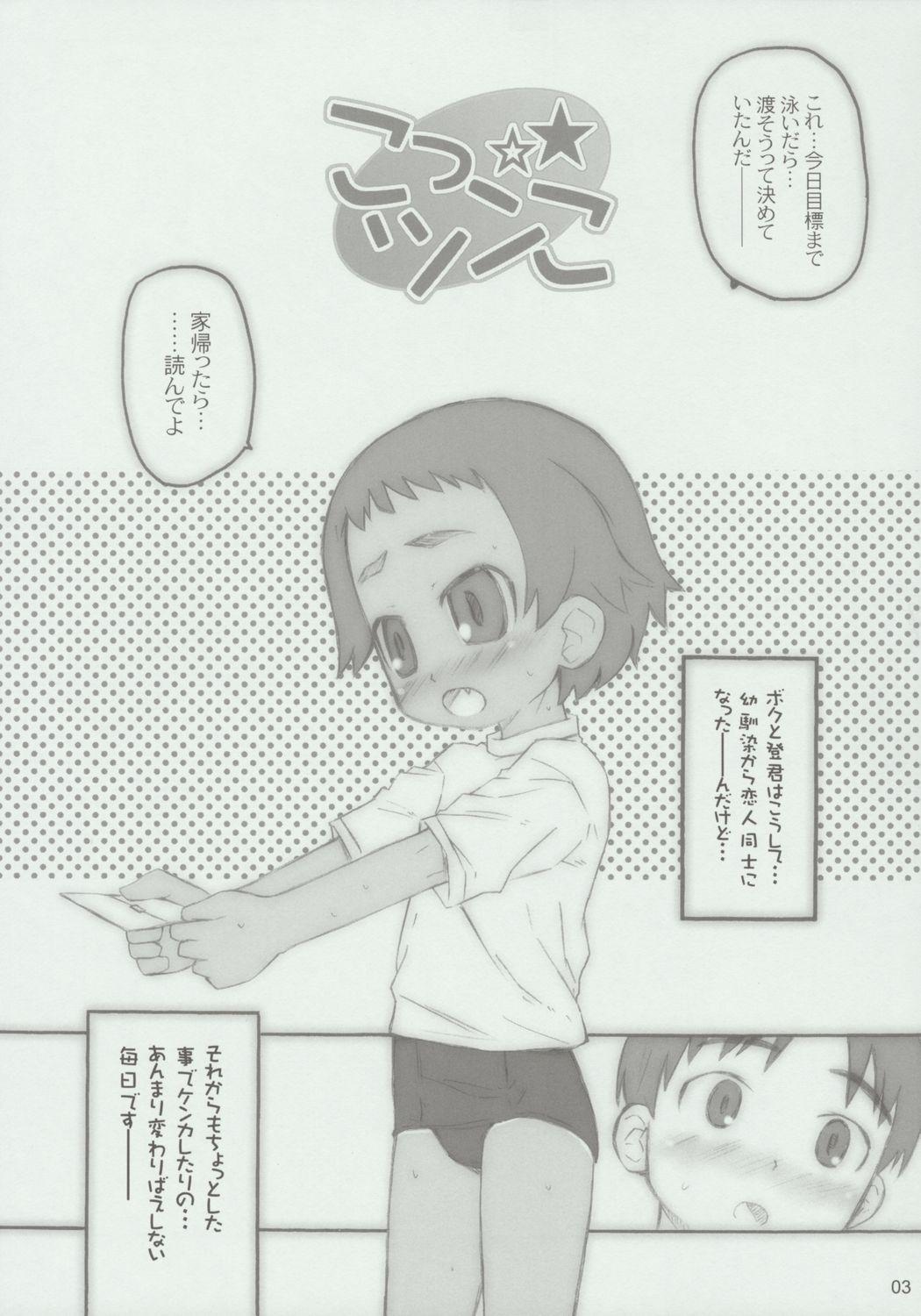 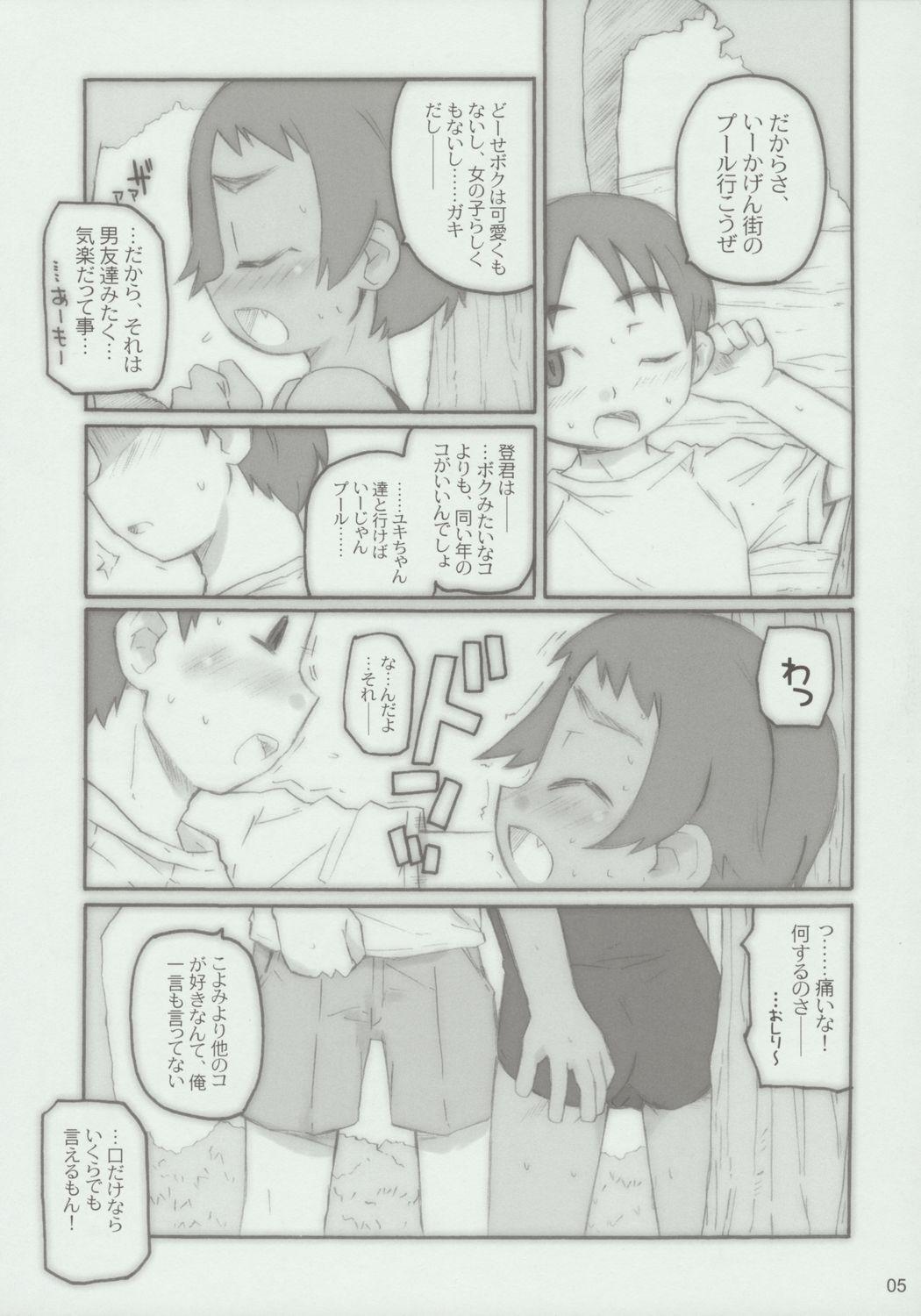 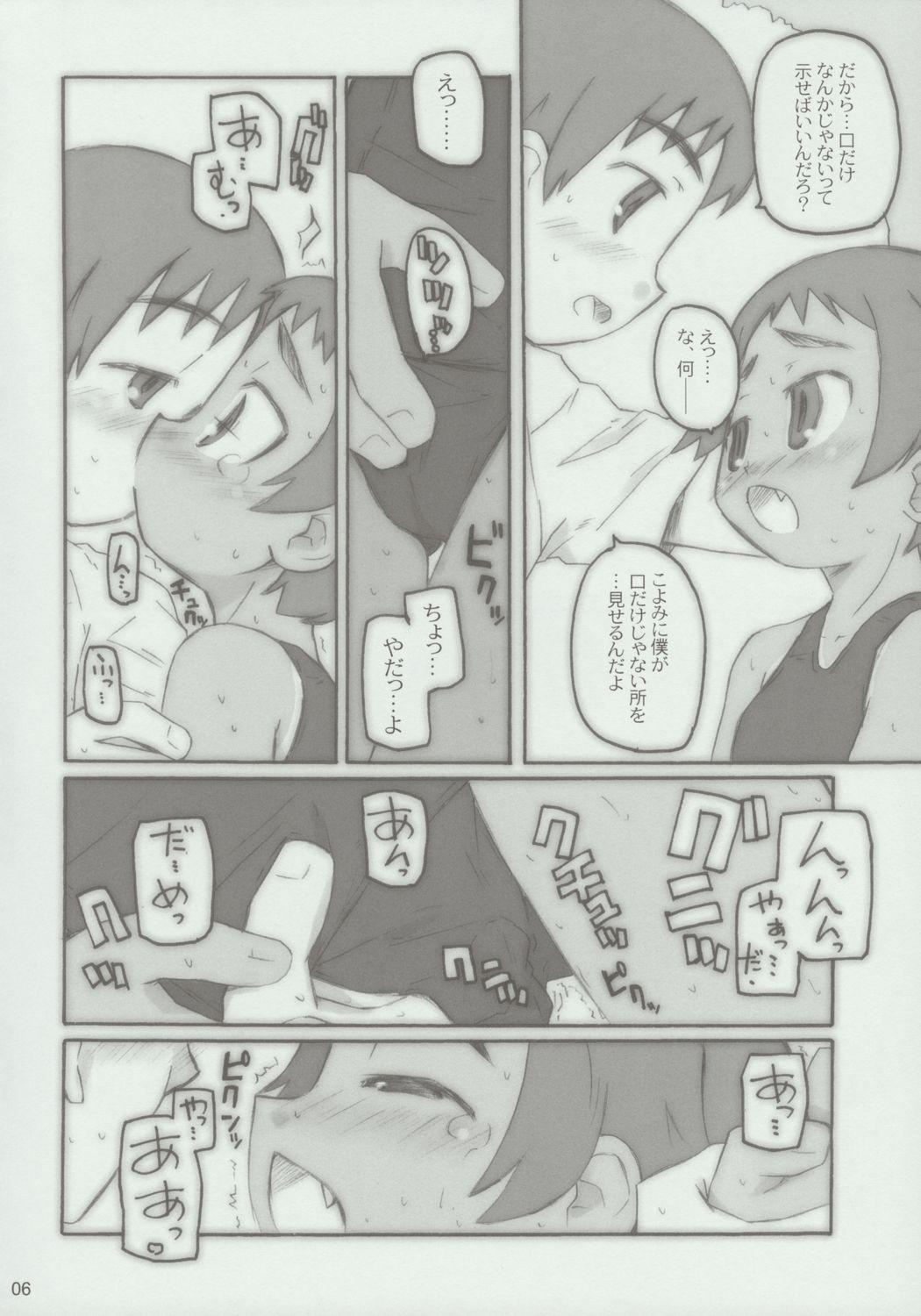 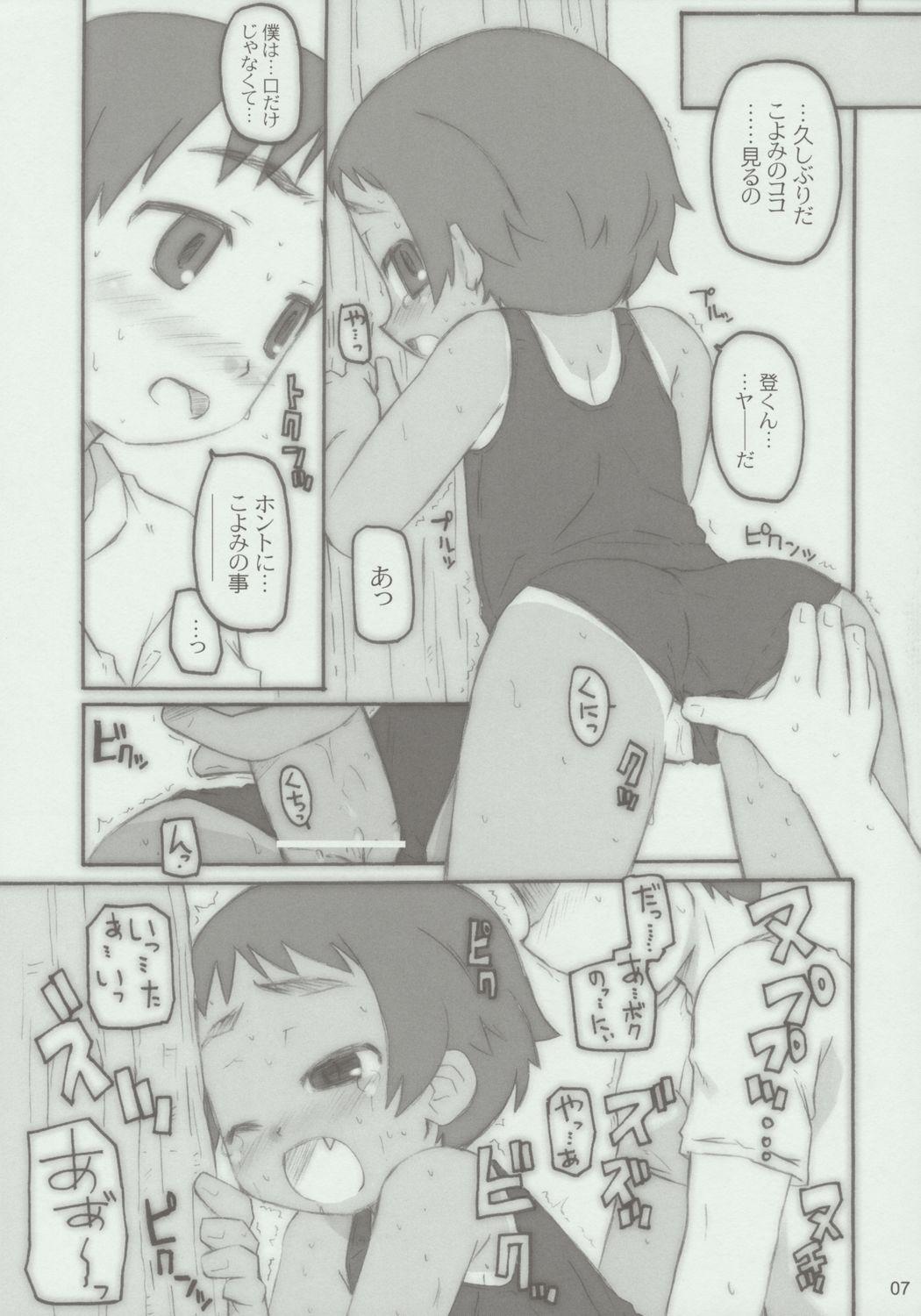 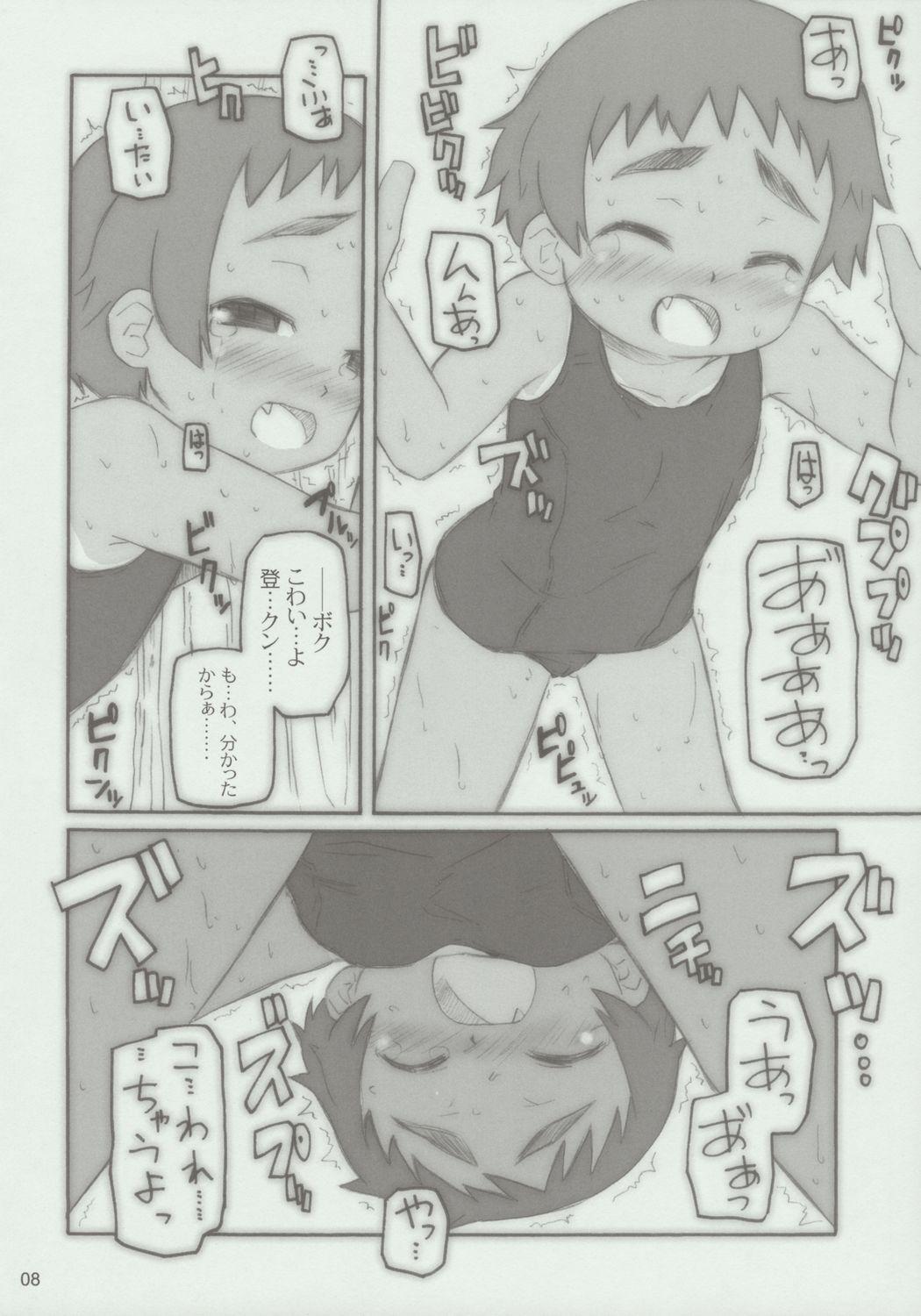 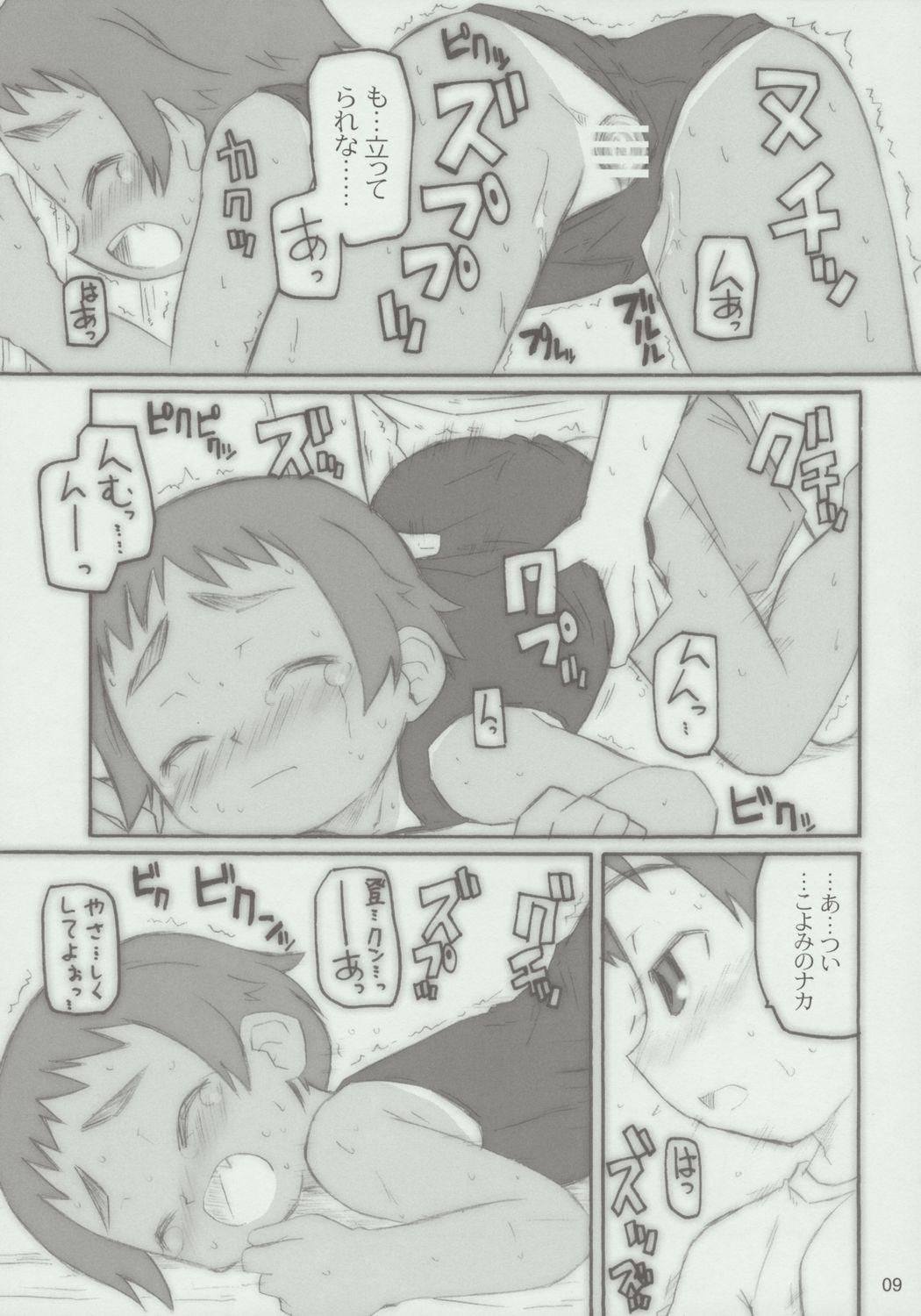 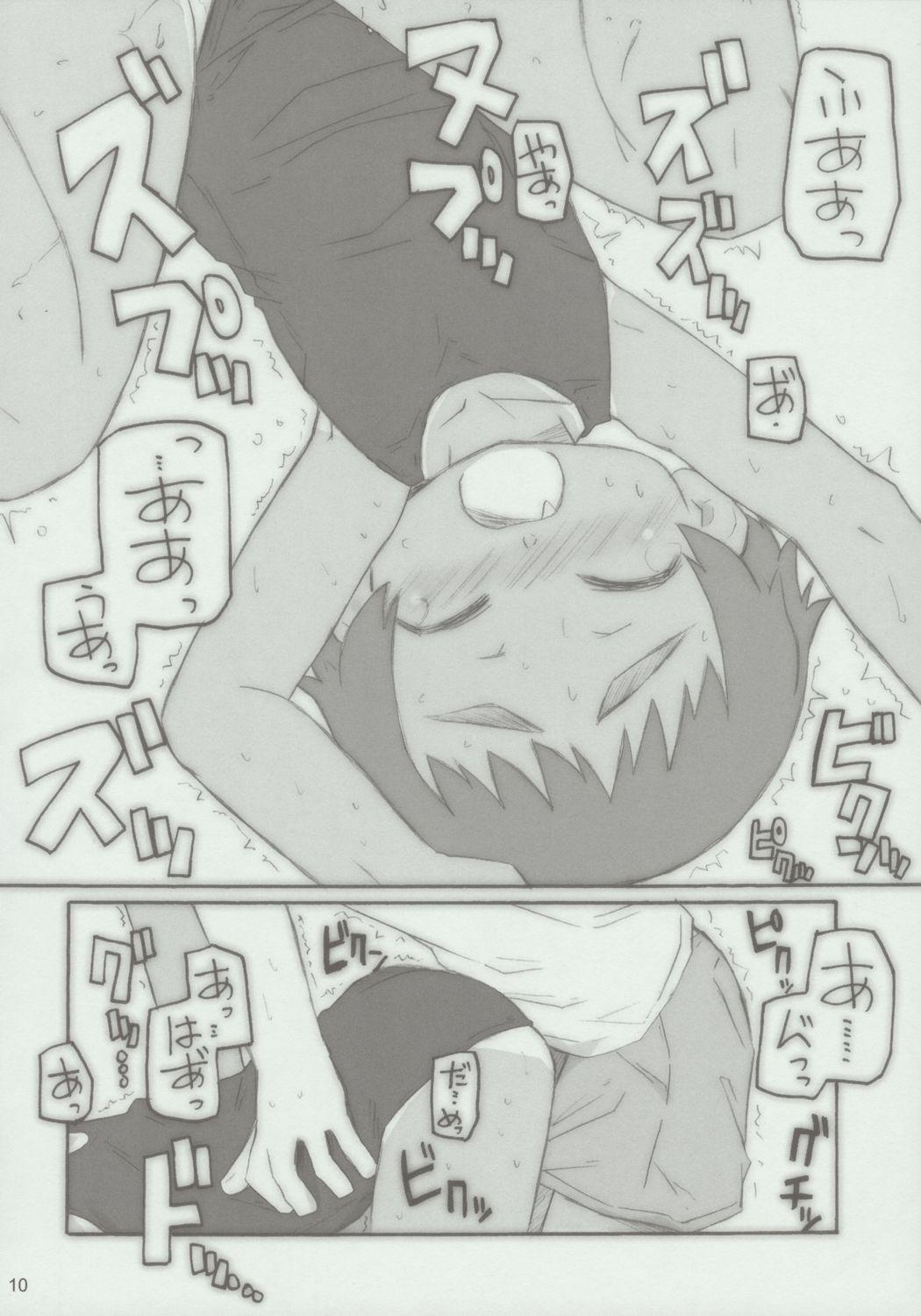 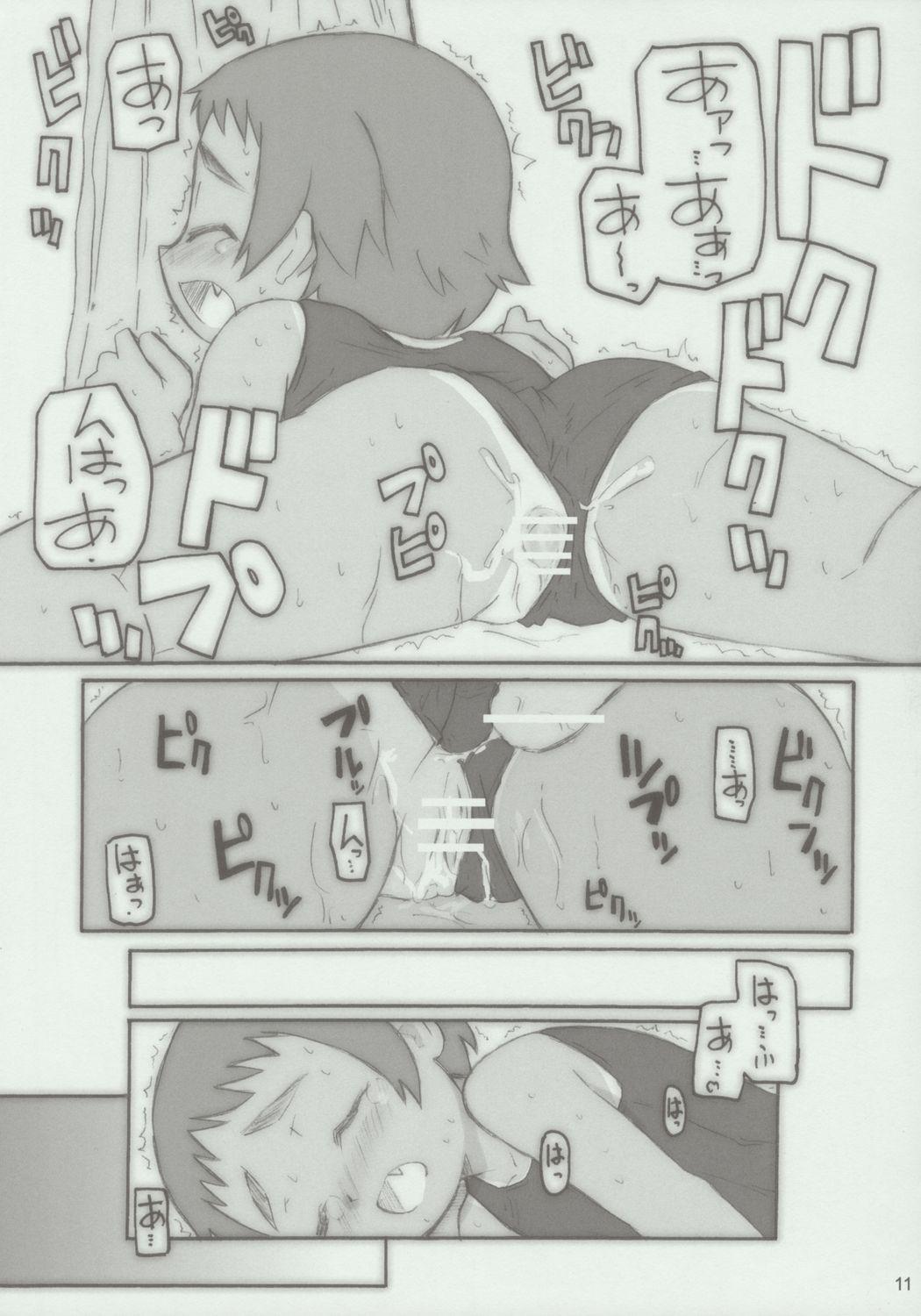 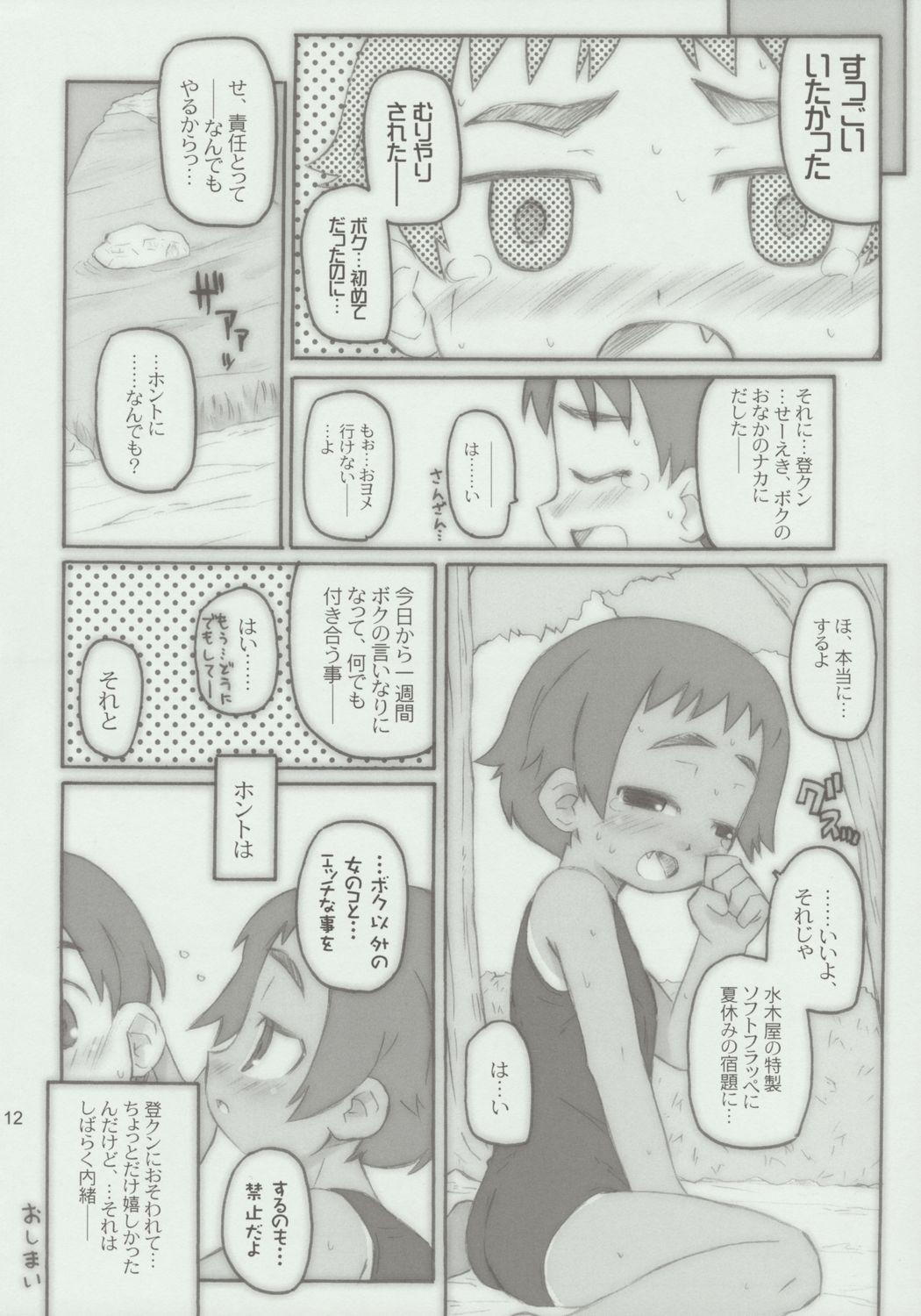 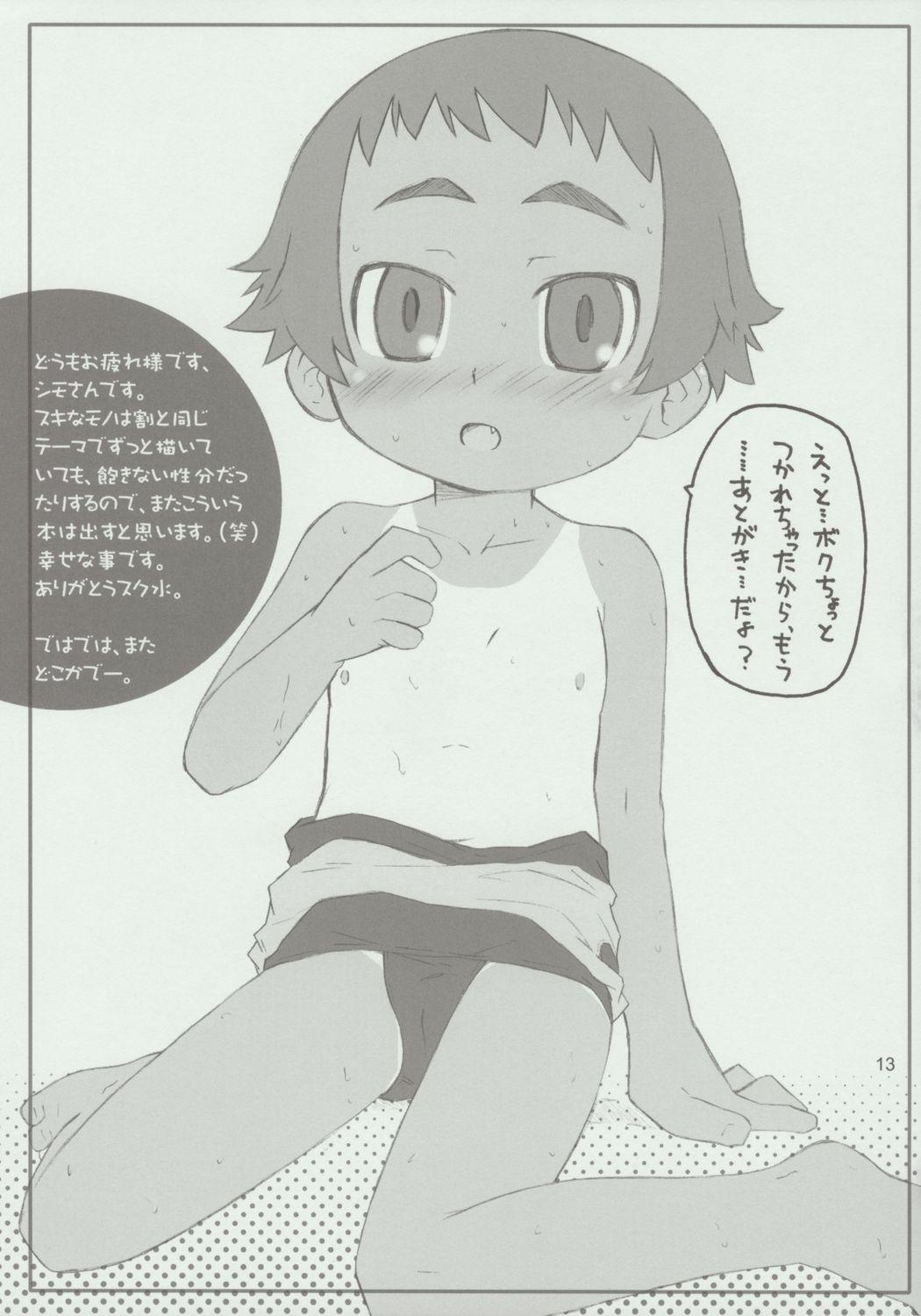 Montana Scott flopped down on her queen size bed and just lay there for a few moments, too tired to even throw back the covers! What a day, run, run, run, and not a second to relax!!! As her eyes slowly closed and blessed sleep began to over take her, the jangle of the phone on the night stand jarred her back to reality!!! Fumbling for the receiver, she answered, “Hello, may I help you?!?” “Montana,” a deep voice on the other end of the line responded firmly, “this is Sir James, are you ready to obey!?!” Instantly a shiver ran through her body, seemly whisking the tiredness right out of her, and causing her pussy to drench itself in a bath of warm cunt juice!!! “I won't ask you again,” he snapped, “are you ready to obey!?!” “Oh, yes,” she gushed, “anything, I'm am ready to serve you!!!” “Very good,” he replied smoothly, “but before we go any further, I want you to lay down and bring yourself to climax, is that understood!?!” “Yes, master, I understand,” she answered huskily, before letting her hand slide between her legs to find her seat of pleasure!!! After it was over, and it was over rather quickly, he gave her an address on the other side of town and told her to be there in twenty minutes, and then abruptly he hung up!!! For the second time that evening Montana shivered, the first time from the sound of her master's voice, the second, from the appearance of the building matching the address Sir James had given her!!! It was a private residence that looked absolutely gothic, with a front consisting of large thick stones, turrets, gargoyles, and of course covered with thick hanging vines! Montana unconsciously pulled her coat tighter together in front of her, and then with a little trepidation, climbed the stairs and rang the bell! For almost a minute nothing happened and she was about to ring the bell one more time, when all at once the huge carved door creaked and slowly swung open! It was almost as dark inside as out, as the only light that she could see came from several oil lamps hanging from the wall!!! Gothic wasn't the word for it, this place looked positively medieval!!! Gingerly stepping inside, she was taken aback at the sight of a dark robed person with a hood over his or her head!!! Once inside, her usher closed the door behind her, and without saying a word motioned for her to follow him/her down a long dark corridor that was made even more chilling by the flickering of flames of the oil lamps that caused the shadows to jump from one spot to another!!! With her heart pounding, they entered a large room that was at least thirty feet long and just as wide! What she saw, however, turned her tummy into and knot and stunned her into motionlessness!!! The room itself was lined with more of the oil lamps, which of course gave off the eerie flickering light, but what really scared her, was what dominated the center of the room!!! It had the makings of a tenth century torture chamber, complete with a stretching rack, pillory, and naturally an apparatus that would hold someone spread eagle in a standing position!!! She was so transfixed by the equipment that she at first failed to notice that there were three other figures dressed in hooded robes sitting in a semi circle in front of the “toys”!!!

She was startled from her trance as a hand took her by the arm and led her to a place in front of the rest of the group! A male voice coming from under the hood of her usher ordered, “You have agreed to obey and will do the bidding of your master?!?” “Y-yes,” she replied in a shaky voice, “I will obey you!!!” She had never seen her master face to face, but after having heard his voice many times over the phone, she was positive that the person speaking to her was not him, but she couldn't be sure that he wasn't one of the three other's sitting before her!!! The voice from under the hood then continued, “Please remove your clothing, right now!!!” Montana slipped her leather coat from her shoulders and then slowly began removing the rest of her things until she was shivering in the middle of the dark dank room!!! Again taking her by the arm, the usher led her to the wrack and had her climb up on it's table top and extend her arms over her head where metal bracelets were then attached to each wrist and ankle!!! After she was safely secured, the man in the hood asked, “Are you sure you want to continue, as this will be the last time you will be asked, from then on, you will do as you are told without question!!!” With her nipples now sticking up hard in the cool air and she replied softly, “I will follow your orders completely!!!” “Very good,” he replied sternly, “then let us begin!!!”

Looking around with more than a little fear, she watched with dread as the hooded usher slowly began moving the arm ratchet back and forth, which slowly but surely began retracting the chains attached to her limbs!!! Each movement of the arm incrementally moved the chains only a fraction of an inch, but in only a matter of minutes Montana's arms and legs were pulled tight almost to the point of pain!!! Moments later, she was surrounded by the three other hooded figures who at first only watched as the pretty young brunette was stretched to her limit!!! “Does it hurt,” he asked softly?!? “Yes,” she replied truthfully, but there must not have been enough pain in her voice, as immediately he moved the lever another notch, which ever so slightly pulled harder on her arms and legs!!! The low moan that escaped her lips must have pleased him, because for the time being, he didn't make another move to stretch her further!!! Instead, however, one of the other hooded figures held a burning candle over her nipples that dripped hot wax onto her vulnerable skin!!! “Ohhhhhhhhhhhhhhhh, that burns,” Montana moaned, “please, no more!!!” Quick as a cat, the hooded usher reached out and clicked the ratchet ahead a notch, causing her to moan even louder as the pain in her shoulders and hips intensified!!! “Don't ever tell us to stop,” he admonished her, “retribution will be quick and sure, do you understand me!?!” “Y-yes,” she stammered, as her eyes began to blur from the pain, “I understand!!!” “Very good,” he continued, “now, be a good girl and ask for some more wax!!!” “Oh, please,” she groaned!!! “Please what,” he demanded!!! “P-please give me some more wax,” she said in a wavering voice!!!” “Very good, my dear,” he replied softly, while more burning wax dripped slowly onto her erect nipples, “you have a lovely body, but I fear that it is a touch too short,” and with that, that ratchet moved another notch and her moan was now loud enough to fill the room!!!

“Does is hurt, dear,” the usher asked softly, while massaging her full chest?!? “Oh, god,” she moaned, “it hurts so badly, p-please, no more!!!” “Well, dear,” he said still more softly, “we have something else planned for you, that I'm sure will be a great deal more palatable!” “W-what are you going to do to me,”she asked nervously, as her body was being pulled tight like a bow string!?! Her answer came soon enough, when she felt warm oil being gently rubbed into her full bushy vagina!!! “Oh, myyyyyyy,” she moaned, “that feels so goooooood, please don't stop!!!” “You have a very hirsute vagina,” the usher replied, while still caressing her chest and softly twisting her nipples, “it's so hairy we can't see your pretty labia, so of course, we have to shave it for you!!!” Upon hearing that, Montana automatically stiffened, while thinking about a sharp razor gliding over her bulging pubis!!! “Now, now, dear,” the usher said soothingly, “you're so tense, maybe this will help you relax a little,” and with a swift jerk, he ratcheted the handle on more notch!!!

While more oil was being applied to Montana's pussy, it was inevitable that her clit would be brushed over and indirectly massaged by the swirling digits!!! The pain, especially in her shoulders was growing more intense by the second, but much to her consternation, the fury building gradually in her pussy was making it hard to distinguish between agony and ecstasy!!! The usher produced a long bladed straight razor that he carefully made sure Montana got a good look at before moving down to her pussy and gently cutting away her thick bush!!! The cool air on bare skin was a new sensation for her, which made goose bumps break out all over her body, as well as causing her nipples shrivel up like it was the middle of winter!!! When she was finally smooth as a baby, oil was again applied generously to the bulging mound, but this time fingers eagerly probed her opening, searching out her love button, and masturbating it shamelessly, which of course made her pussy convulse in an orgasm that seemed to last forever!!!

She finally passed out, from both a mixture of pain and orgasmic exhaustion, but the next thing she realized, she was awake and dressed, and standing next to the front door with the usher, who pointed her in the direction of a cab which was waiting at the bottom of the stairs in the street in front of the old house!!! Gingerly she took and awkward step out the door, but had to grab the hand railing to keep from falling on her face! As she began her slow descent down the steps, a voice from inside the door opined, “Have a safe trip home, Montana Scott, we hope to see you again sometime, goodnight!!!” The big door then swung slowly shut and Montana struggled to reach the cab for her ride home!!! Finally back in her apartment, she was just about ready to slip under the shower when the phone rang, “Hello,” she answered softly! “Did you have a nice evening,” the master's voice asked quietly?!? “It was, shall we say, interesting,” she replied!!! A chuckle came through he phone line and he replied, “Sleep well my child, you never know when the next call will come!!!” 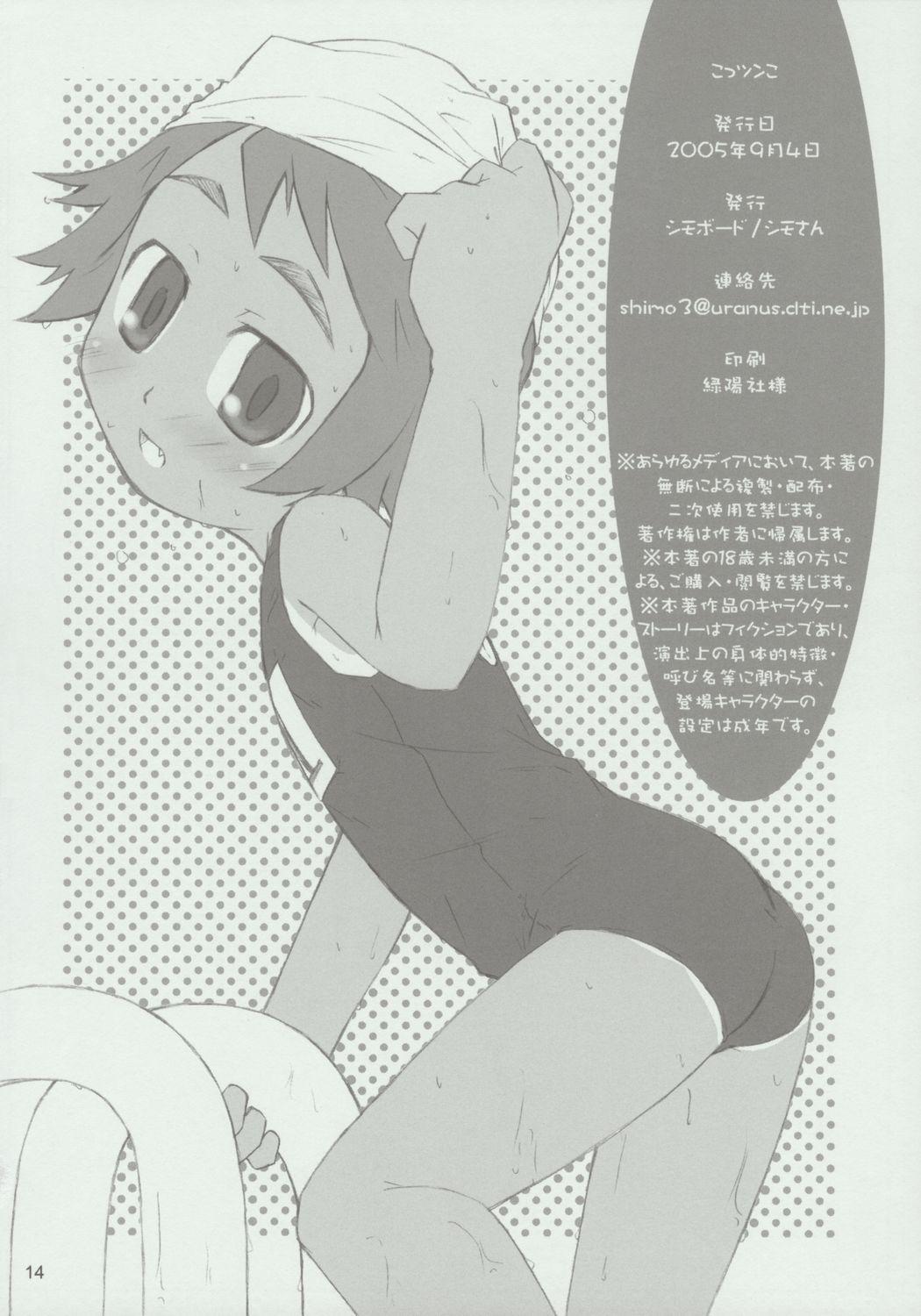 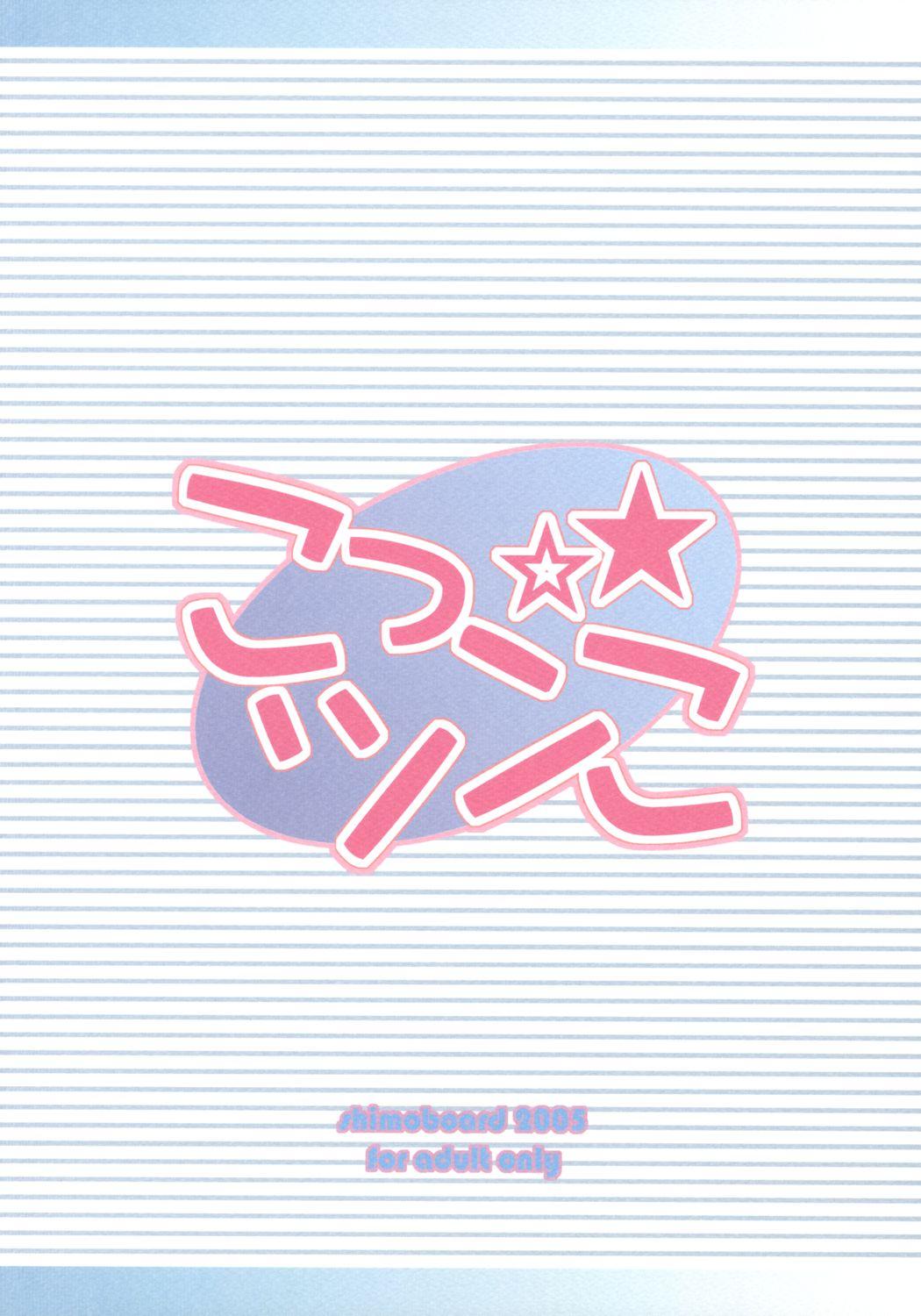